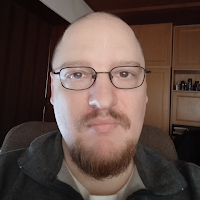 Stevan Pivnicki finished ITS in New Belgrade in 2014 with the thesis "The Social Network" using technologies such as HTML, CSS, PHP and MySQL. After graduating from the ITS he has worked in many companies as a web developer and since August 2016 he has worked in the office for local economic development (LED) Municipality in Srbobran. On web development most often used tools are XAMPP or WAMP with Notepad ++. Web development is a passion of his and always likes to try new technologies and favorite his CMS is WordPress.

Services Add Services you wish to offer and be hired for on Parttimerz.

Job Description An experienced web developer needed to join our team. As a manager of a software ...

A live-streaming app hiring freelance writers to create blog articles! We are looking for rock st ...

I need a professional infographics designer

I need a professional infographic designer to create infographics based on existing blog posts I've a ...